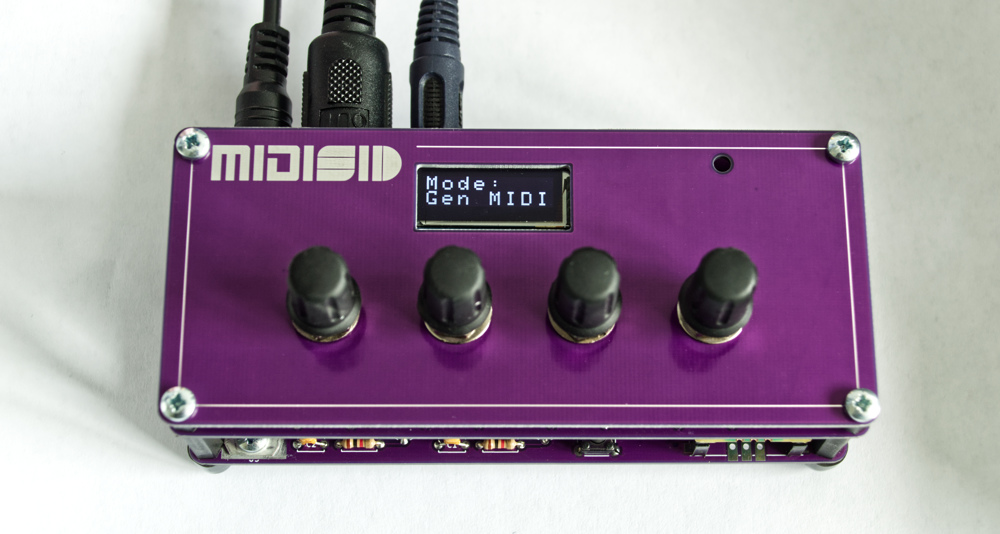 MIDISID has two SID chips (modern SID replacements, SwinSID Nanos) driven by a Pi Pico. It has MIDI in and audio out.

I'd hoped that this version of the boards (above) would be the final 'release' version. There are some very minor tweaks to make but I'll be building 5 of these - one for myself and four for people interested in an 'earlybird' deal. I'll try a black version too.

The firmware has taken many many hours, and it's clear that there will always be new features on the horizon. If it sells then I look forward to the ongoing development.

It's working very well, see the video below, in which it is in 'General MIDI' mode, I'm playing in the MIDI files for the DOOM levels.

A user reported that when using Turbo Pascal 3 on his RC2014, scrolling within the source code editor wasn't working.

My way of investigating issues with escape codes is to load up a modified version of PicoTerm which prints every character as a number. I also had the RC2014 connected to a terminal on my Mac, so I could still use TP3. 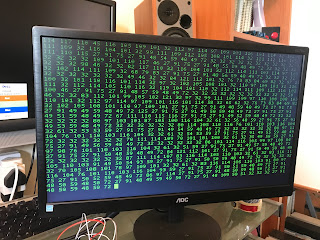 Investigating these numbers showed that the scroll up / scroll down (and also the scrolls that happen when you cursor to the top or bottom of the window) all rely on two escape codes that PicoTerm didn't support:
<esc>[1L

These are not listed on the Wikipedia ANSI escape code page, which has been my main reference. PicoTerm didn't support them before today. (And neither did PiGFX as far as I can see.) But they do work within minicom and Teraterm, so it seems that they're reasonably 'standard'.

Picoterm is built with scrolling in mind - each line of text is a structure, and the display buffer is an array of pointers to these structures, so scrolling is no more than switching 30 pointers around, and clearing a line.

So adding support for these escape codes was straightforward. Each is a variation on the scroll that is already used when the cursor reaches the bottom of the screen.

Here is a quick demo, first showing another new feature of the textmode (mono) version of PicoTerm - the ability to switch colour on startup, according to button A, B or C being held on power-up. White, Green or Amber.

Then a quick demo of the scrolling up and down within Turbo Pascal 3's editor.

More information about PicoTerm generally, and downloads, are here.