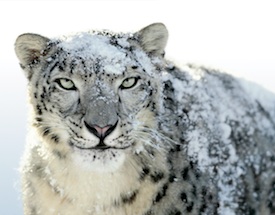 Isn't she gorgeous? I'm now appreciating that the operating system she represents is beautiful too.

I've found plenty of things about Lion [edit: and now Mountain Lion] that I really don't like.

I found a secondhand machine for day-to-day use and now that I'm back on Snow Leopard I love it.

Something else has made me think about users of older systems too. A user of my new product Scrutiny asked about ppc support. The answer is that I have been forced to move to XCode 4 in order to find and fix Lion problems. However, XCode 4 doesn't allow me to build a version which runs on ppc machines. Therefore I released the beta as intel / 10.5 upwards.

It seems that maybe I can use XCode 4 to build for ppc and all of these things have made me think that it would be a good thing to support older macs and versions of OSX.

Rather than try the XCode 4 conversion (I've found messing with build settings to be hair-tearingly frustrating) I may instead rebuild the products using XCode 3 and work in that.
Either way, I'm aiming to support Integrity and Scrutiny on ppc and intel, 10.4 and above if possible, or 10.5 and above if not.

Email ThisBlogThis!Share to TwitterShare to FacebookShare to Pinterest
Labels: OSX