When OSX was first released, Apple moved the trash from the desktop to the dock, which upset a lot of people who found the earlier desktop trash more convenient*.

I first made Bin-it in 2006 to add a desktop trash to OSX, and shortly afterwards collaborated with Chris Knight to add a very quick and easy progressive indication of the trash level with a changing icon.

Built-in themes include the standard OSX trash (with added levels of trash) and for the retro look, pixellated OS7 and OS9 cans.

Here's how to add your own:


1. Prepare between two to six images, 128 pixels x 128 pixels with transparent background. Save in a format that preserves the transparency such as .png or .tiff 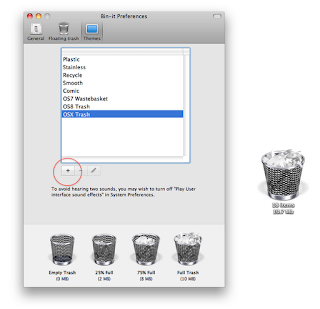 3. Drag-and-drop your images into the image wells. You can also add sound files if you like, again by drag-and-drop 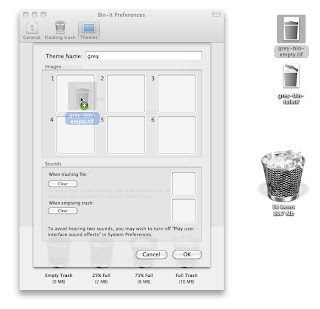 4. Give your new theme a name and OK 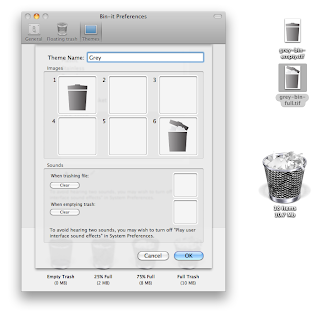 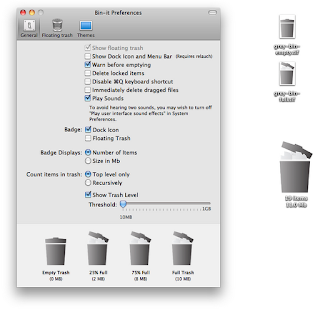 More information and the latest version of Bin-it is available at http://peacockmedia.co.uk/bin-it, free for existing licence holders, or £4.95 if not.

* The big inconvenience of the desktop trash was that it was often covered with a window. Note that Bin-it allows you to choose its level: desktop, floating or 'keep on top'.