How a LIFX Z strip looks behind stained glass

Here's a personal story; I was a stained glass artist for some years and have a few pieces in my home and office now.

LIFX have recently released their 'Z' multizone light strips. I must admit that at first I thought it was a bit of a novelty. I bought some because I had to add support to PeacockMedia's LIFXstyle app.

After playing around a bit and trying strips in various places, I tried lighting this particular stained glass panel in my office. I tried various placements before I tried sticking a metre of the stuff behind the thick vertical line down the middle. 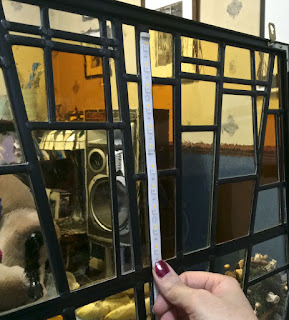 And here's how it looks after putting it back up and switching on: 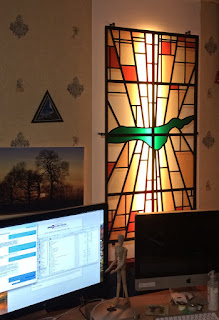 It really works well, I'm chuffed to bits with it. But even better than that - you can change the light from warm white to cold white, and all the colours of the spectrum: 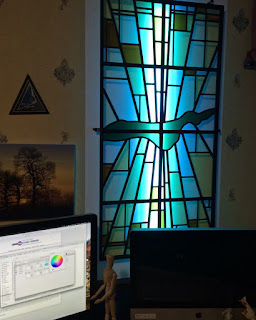 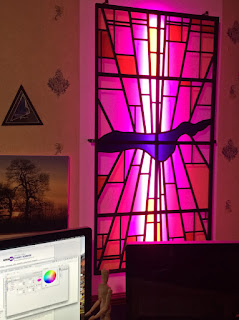 At first, LIFXstyle (v3.0) was capable of switching the entire strip to the same colour / brightness. One of the great features of the lightstrip is that it's divided into 'zones' (hence Z, multizone). After a little work on LIFXstyle we were dialling up different colours / settings for each 'zone'. 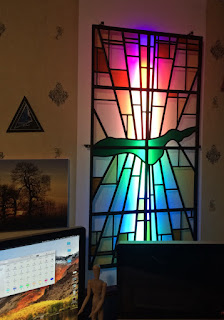 Version 3.1 allows you to mess around with colour and save the settings you like as a preset, apply cycling effects to the whole strip or parts of it. (An early version of 3.1 will be available very shortly.)

Finally, because I can't resist another picture, here are some pretty pastels. 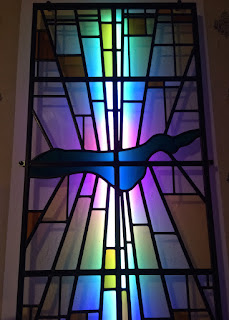