Lifestyle for LIFX and LIFXstyle - what's going on? 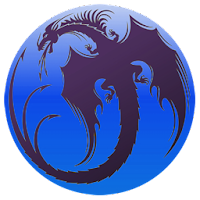 This post has the relevant keywords in the title for the benefit of anyone who uses Google to find clarification.

For some years now (since Oct 2014) my app for controlling LIFX bulbs has been called LIFXstyle (pronounced Lifestyle by me but no-one else would know that and is free to say it how they like). Incidentally it's based on Hue-topia (for Philips Hue bulbs) which goes back to 2013.

I started the year with some optimism, as you do, determined to spend the time and jump through the hoops and publish more of my apps on the Mac App Store. This 'can-do' attitude was quickly knocked into touch after two rejections of this app (technically one 'more information' and one rejection). One of the reasons for rejection was the name.

It's frustrating to be faced with an imperative to change the name of something so well-established (and well-selling). So I'm not changing the name of the version sold outside of the Apple Store, unless LIFX themselves complain, which they haven't to date.

"XXXX for LIFX" was the format suggested by Apple in the rejection. The rejection was under their 'copycat' policy, I guess it was too similar to "LIFX" which is the name of LIFX's own app. Anyway, of course I went with their suggestion, keeping the new name as similar as I possibly could to the original name of my app.

That's the reason why the version available for web download is called LIFXstyle and the version on the App Store is called Lifestyle for LIFX
SaveSave
Posted by peahen at 03:22