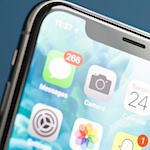 I don't like rumours but this one seems to have some credibility. It has split opinions, with some saying that they're not surprised; it's something you have to learn but can be useful when you have. Others say that it's a make-or-break feature for them. Others (I guess the majority) being unaware of how to use it properly or that it even exists.

I'm not surprised that it hasn't caught on. A long or harder press isn't analogous to 'give me a different action'. If you watch my Mum use her iPad, you'll see that it's analogous to 'shouting' the same thing that you just asked for because you didn't get a result the first time, or didn't get the result you expected. If my Mum received a popup menu or some other action as a result of trying again but harder, she'd find it confusing.

I never press to click my laptop trackpads, I have 'tap to click' switched on and hold the ctrl key if I want a context menu.

I think the 3D touch feature on the handheld devices is an unintuitive move that Micro$oft would be proud of. If Apple are dropping it, it'll be for a good reason. Maybe, like the also-rumoured dropping of OLED screens, it's a cost-benefit decision. (ie more cost but with few users feeling the benefit.)